National Regions Administrator Ian Shepherd reflects on the start of the Coarse Fishing Season and talks about Fisheries Forums.

Casting out at midnight on June 15th seemed surreal after spending my close season improving the fisheries I frequent the most. Getting a section of river ready for the new season can be hard work, with pegs to be improved and in some cases built from scratch, but I must admit I get huge satisfaction from working by the river. When the work get’s tough I visualise myself in action in the swims I’m improving, catching a lovely bag of roach on hemp and tares or maybe picking up a double figure barbel on night session. That always gives me a second wind and helps me work all the harder. As long as you have a good group of mates who are working on it with you, preparing the pegs is a good laugh too, with loads of banter – that’s a lot of what it’s about to be honest !  We were a core team of four again this year but to be fair we had more help from existing members and from some new joiners than we have had in the past. The best bit is seeing an un-fishable area suddenly look like a hot peg when all the work is complete and I like to think that the fishing gods will reward me when the season opens !

Steps and a platform needed here!

After several days work a new peg is born !

So finally after all the hard work it arrived, June 16th. I cast out two rods on different lines for barbel and for the first time bedded down in a shelter on a bed chair, hoping to be awakened by my bite alarms! Typically the fishing gods wanted me to show some patience as well as hard work and  I didn’t have a bite all night !  In the morning I changed tack and couldn’t wait to run a float down my peg, this improved the situation and I caught quite steady on the bolo, catching chub to a pound, small dace and roach. I was disappointed not to catch any skimmers or hybrids but it was certainly good to see the float dipping on the first day of the season. That line seemed to die just before lunch as the sun got high. I changed to the pole after lunch and fished eight meters to hand, feeding with a small bait dropper, I caught several perch to a pound before that died too. I tried a feeder over the bolo line and managed to catch a really old, battered, one eyed bream!! I was obviously on the right side of the river and he didn’t see me coming ! The following day a few of us headed over to the Warwickshire Avon and although it was slow going until the heat and sun went off the water, finally when it did, I thoroughly enjoyed a few hours on the stick float catching skimmers and hybrids.

Skimmers and hybrids from the Avon

As the Regions Administrator for the Trust, I help organise the regional forums that run the length and breadth of England from Cornwall to Northumberland. We run these meetings in association with the Environment Agency, there’s a nice video of my colleague John Cheyne explaining how they work linked below.

In June it was the Midlands (Warwickshire Avon Special) Forum. Jack Perks, the famous underwater cameraman was headlining, showing some eye opening and really interesting footage, photos he’s taken, and described fish behaviour he’s witnessed, as well as where he’s spotted some good fish! Keep a close eye on your forum invites to see if Jack is presenting at your regional forum. 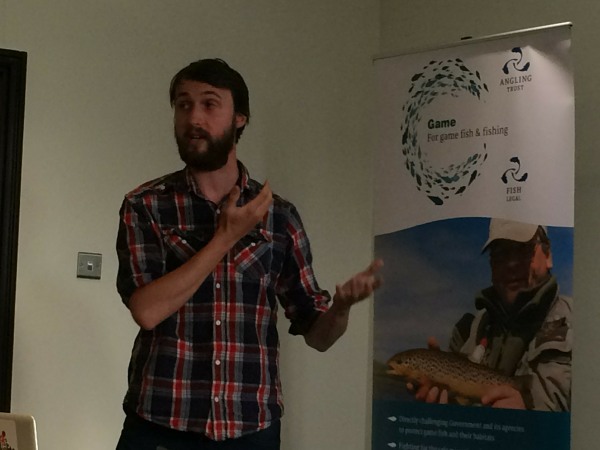 Also in June, The Midlands Severn Forum had two PHD students headlining, Emma and Catie. They were coming to talk about The Severn Predator Study and Teme Barbel Study. Both presentations were fascinating insights into the world of predators and barbel, diet, growth rates, migration/movement, recruitment, and a heap of other factors were explained with some great questions put to the speakers. To get some understanding of how anglers baits especially pellets can effect a fishery was helpful and I felt somewhat enlightened. The meeting notes and presentation slides can be downloaded from the AT website:

Both Emma and Catie have agreed to write guest blogs about their work, so keep a look out for them in the coming weeks.

As part of promoting the forums, local tackle shops are contacted to find out what issues they and their customers are facing and ask if they’d be willing to put up a poster. It was the Severn Forum so I took a trip to Alan’s Fishing Tackle in Worcester, Shinns in Upton and Tewkesbury Angling Centre. 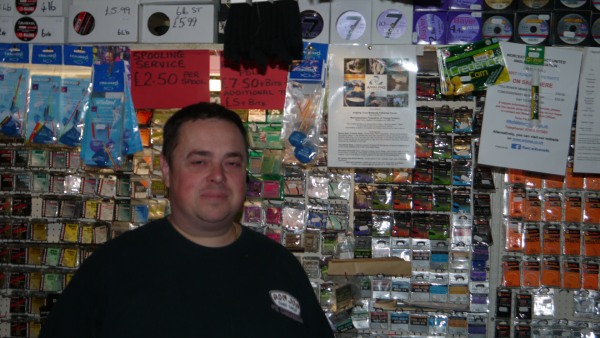 Dave, in Alan’s Fishing Tackle, Worcester, with a forum poster pinned up behind the counter. Alan’s is always well stocked and have what I’m after, so if your in the area and need some tackle items or bait, you know where to go for a great service.

South West (Cornwall) Forum was up next and headlining was James Champkin, AT, Campaigns Officer, to talk about the plight of South Coast Wrasse.  Wrasse are being caught live in pots by commercial fishermen across the South and South West to be sold to Scottish Salmon Farmers who then use them to clean the lice that live and feed on farmed salmon, as an alternative to using pesticides. Wrasse are absolutely key to the eco-system and very little is know about the effect their wholesale removal could have on our marine environment. They are also a key species for anglers, particularly among the growing band of lure fishermen that head for our coasts.  I had the fortune of fishing for them the day before the forum and will definately be taking my light rock fishing gear with me on holiday to catch some more. You can read more about the plight of the Wrasse on the Angling Trust website HERE 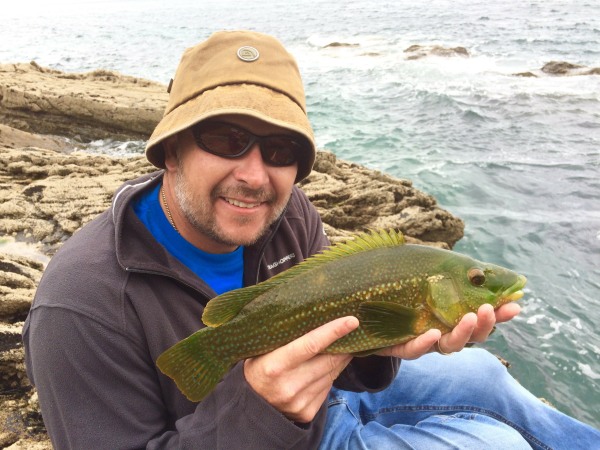 Great fun catching wrasse off the rocks in Cornwall

We will be publishing a list of all the Fisheries Forums that will be running across England in the second half of the year very soon.